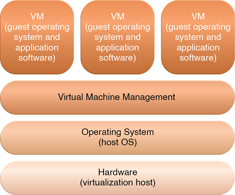 Figure 1 – The different logical layers of operating system-based virtualization, in which the VM is first installed into a full host operating system and subsequently used to generate virtual machines.

Examples of such services include:

Operating system-based virtualization can introduce demands and issues related to performance overhead, such as: 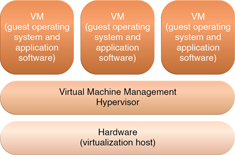 Figure 2 – The different logical layers of hardware-based virtualization, which does not require another host operating system.

Virtualization software is typically referred to as a hypervisor for this type of processing. A hypervisor has a simple user interface that requires a negligible amount of storage space. It exists as a thin layer of software that handles hardware management functions to establish a virtualization management layer. Device drivers and system services are optimized for the provisioning of virtual machines, although many standard operating system functions are not implemented. This type of virtualization system is essentially used to optimize performance overhead inherent to the coordination that enables multiple VMs to interact with the same hardware platform.

One of the main issues of hardware-based virtualization concerns compatibility with hardware devices. The virtualization layer is designed to communicate directly with the host hardware, meaning all of the associated device drivers and support software must be compatible with the hypervisor. Hardware device drivers may not be as available to hypervisor platforms as they are to more commonly used operating systems. Also, host management and administration features may not include the range of advanced functions that are common to operating systems.