How can the existence of relationship(s) between variables in a dataset be determined?

Gaining an understanding of a dataset and the subsequent model development requires finding connections between variables. Failure to do so results in ineffective models comprising irrelevant variables as predictors.

Numerical values present in the dataset are taken in pairs and the measures of association (correlation and covariance) are calculated. 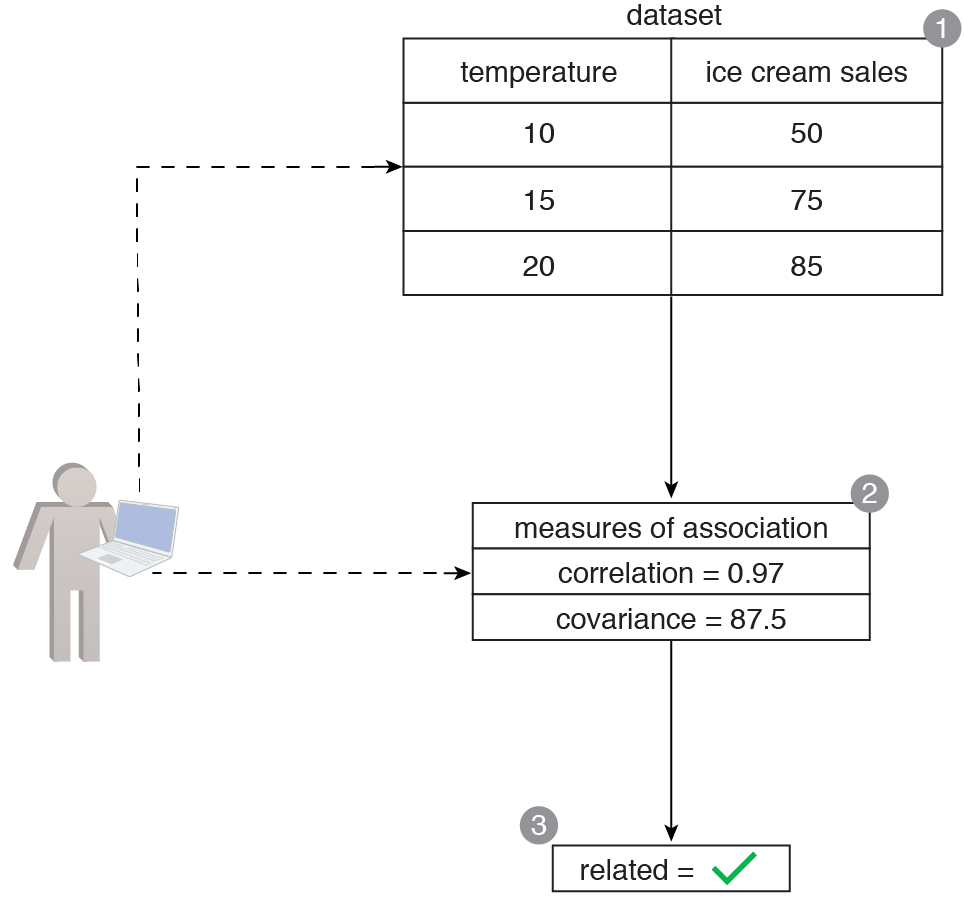