The Web services platform is defined through a number of industry standards that are supported throughout the vendor community. This platform can be partitioned into two clearly identifiable generations, each associated with a collection of standards and specifications:

The original Web services technology platform is comprised of the following core open technologies and specifications:

These specifications have been around for some time and have been adopted across the IT industry. However, the platform they collectively represent seriously lacks several of the quality of service features required to deliver mission critical, enterprise-level production functionality.

Some of the greatest quality of service-related gaps in the first-generation platform lie in the areas of message-level security, cross-service transactions, and reliable messaging. These, along with many other extensions, are being provided by the second-generation Web services platform.

Consisting of numerous specifications that build upon the fundamental first-generation messaging framework, this set of Web services technologies (generally labeled as “WS-* extensions”) provides a rich feature-set far more complex both in technology and in design.

Some of the notable WS-* specifications include:

A typical Web service is comprised of the following: 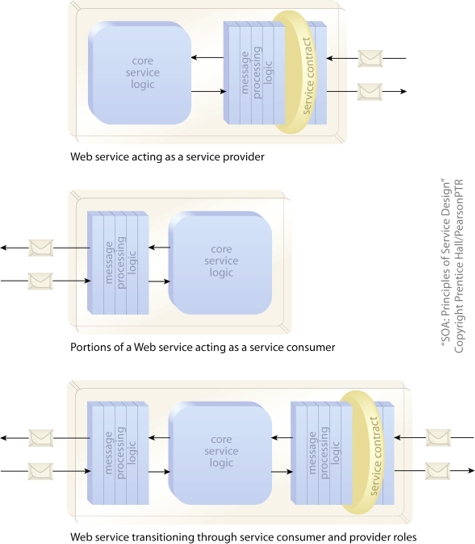 Figure 1 – Three variations of a single Web service showing the different physical parts of its architecture that come into play, depending on the role it assumes at runtime.

A Web service can be associated with temporary roles, depending on its utilization at runtime. For example, it acts as a service provider when it receives and responds to request messages, but can also assume the role of service consumerwhen it is required to issue request messages to other Web services.

When Web services are positioned within service compositions, it is common for them to transition through service provider and service consumer roles. Note also that regular programs, components, and legacy systems can also act as service consumers as long as they are able to communicate using Web services standards. 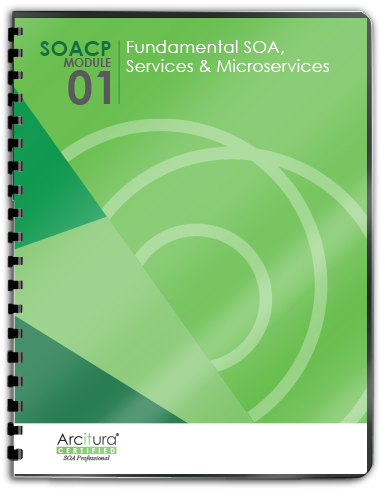 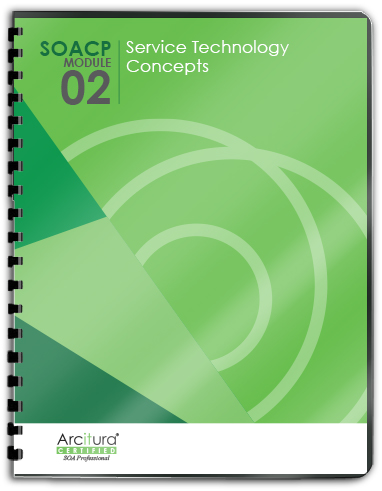 This topic is covered in SOACP Module 2: SOA Technology Concepts.