A software program positioned as a shared cloud service and made available as a “product” or generic utility represents the typical proﬁle of a SaaS offering. The SaaS delivery model is typically used to make a reusable cloud service widely available (often commercially) to a range of cloud consumers. An entire marketplace exists around SaaS products that can be leased and used for different purposes and via different terms (Figure 1). 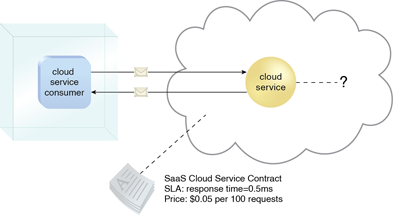