Established and deployed by ISPs, the Internet’s largest backbone networks are strategically interconnected by core routers that connect the world’s multinational networks. As shown in Figure 1, an ISP network interconnects to other ISP networks and various organizations. 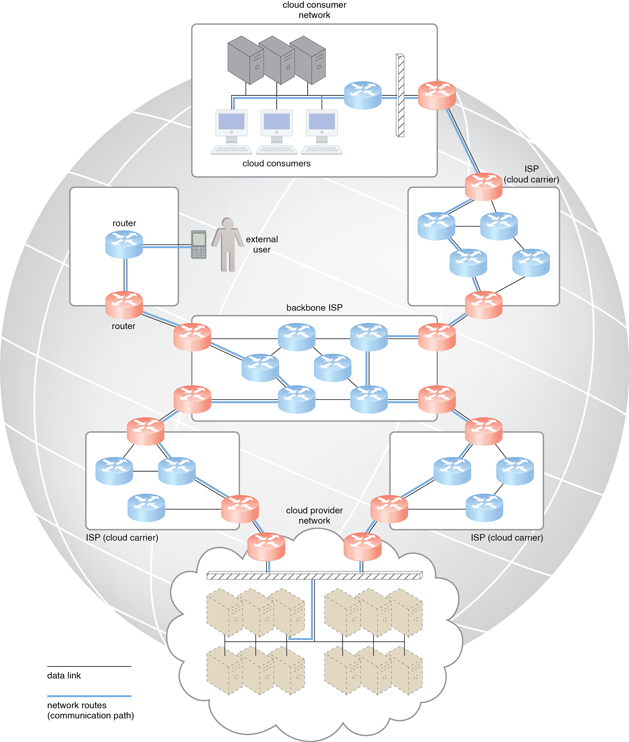 The concept of the Internet was based on a decentralized provisioning and management model. ISPs can freely deploy, operate, and manage their networks in addition to selecting partner ISPs for interconnection. No centralized entity comprehensively governs the Internet, although bodies like the Internet Corporation for Assigned Names and Numbers (ICANN) supervise and coordinate Internet communications.

Governmental and regulatory laws dictate the service provisioning conditions for organizations and ISPs both within and outside of national borders. Certain realms of the Internet still require the demarcation of national jurisdiction and legal boundaries.

The Internet’s topology has become a dynamic and complex aggregate of ISPs that are highly interconnected via its core protocols. Smaller branches extend from these major nodes of interconnection, branching outwards through smaller networks until eventually reaching every Internet-enabled electronic device.

Worldwide connectivity is enabled through a hierarchical topology composed of Tiers 1, 2, and 3 (Figure 2). The core Tier 1 is made of large-scale, international cloud providers that oversee massive interconnected global networks, which are connected to Tier 2’s large regional providers. The interconnected ISPs of Tier 2 connect with Tier 1 providers, as well as the local ISPs of Tier 3. Cloud consumers and cloud providers can connect directly using a Tier 1 provider, since any operational ISP can enable Internet connection. 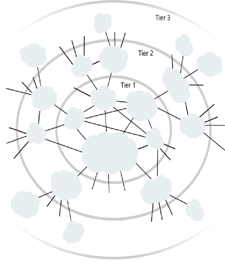 The communication links and routers of the Internet and ISP networks are IT resources that are distributed among countless traf?c generation paths. Two fundamental components used to construct the internetworking architecture are connectionless packet switching (datagram networks) and router-based interconnectivity.