How can a dataset, where related attributes are spread across more than one record, be stored in a way that lends itself to distributed data processing techniques that process data on a record-by-record basis?

Distributed processing of datasets, where the complete set of attributes constituting a record are not available as part of the same physical record, may either require extensive data wrangling or may involve complex processing logic.

The dataset is pre-processed to create a dataset where each record consists of its complete set of attributes as an aggregate.

The dataset in question is denormalized via a processing engine by applying logic for consolidating entity-specific attributes spread among multiple records into a single record.

A batch processing engine is used to apply denormalization logic, which generally involves making use of the record parsing functionality provided by the processing engine. The default record parsing functionality is modified such that multiple consecutive lines appearing in the file, which collectively contain all attribute values of a single logical record, are read as a single record. A new dataset is then written out where all the attributes that form part of the same entity are output in a single line. In case the processing engine does not support customizing the default record parsing behavior, the implementation of this pattern will involve complex data wrangling operations. The same technique can be applied to denormalize hierarchical data.

The Dataset Denormalization pattern is generally applicable in scenarios where the related attribute values appear consecutively, such as consecutive lines in a comma delimited file. 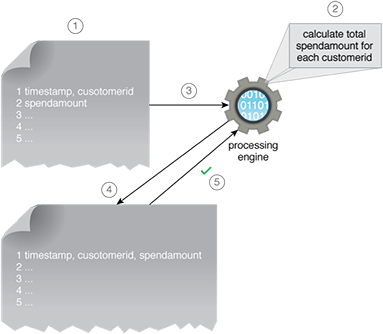 All the fields that form part of the same logical record are brought together by joining separate records that appear in the file into a single record, and a new dataset is created. The newly created dataset is then used to execute the required algorithm. 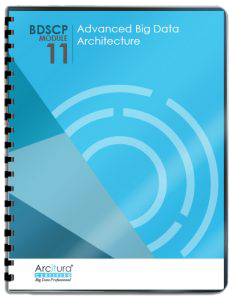