How can the value of a numerical variable be predicted based on a set of known values of other variables?

Certain machine learning problems require predicting a numerical value based on some known variables, making it impossible to apply machine learning techniques where the target can only be a categorical variable. 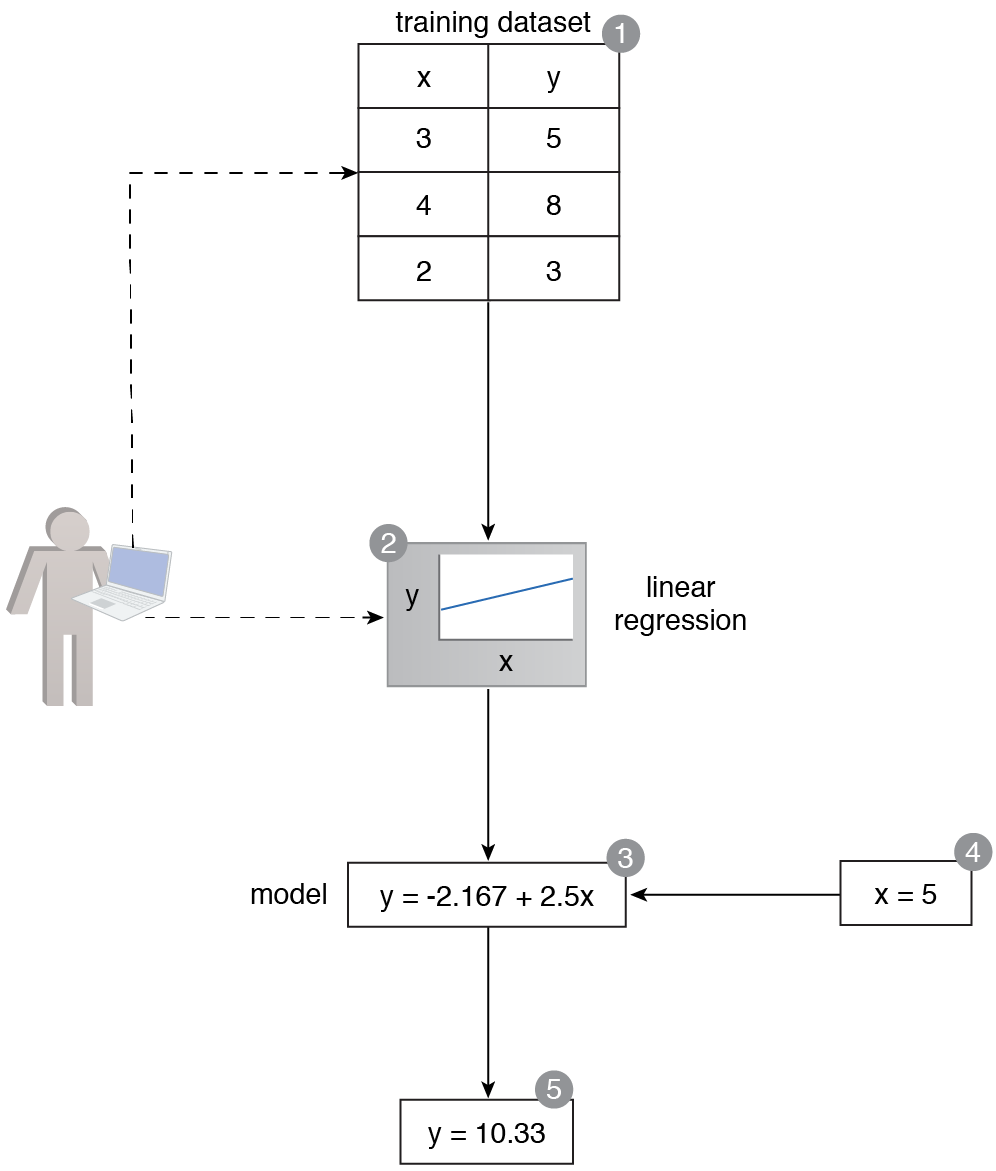 A training dataset is comprised of two variables (x and y) that are numerical in nature (1). An algorithm is applied to train a model to predict numerical values (2). The trained model exists in the form of a mathematical equation (3). A known value for x is fed to the model, and the model makes a prediction for the value of y (4, 5).