How can it be ensured that features with wide-ranging values do not overshadow other features carrying a smaller range of values?

All numerical features in a dataset are brought within the same scale so that the magnitude of each feature carries the same predictive potential.

Statistical techniques, such as min-max scaling, mean normalization, and z-score standardization, are applied to convert the features’ values in such a way that the values always exist within a known set of upper and lower bounds. 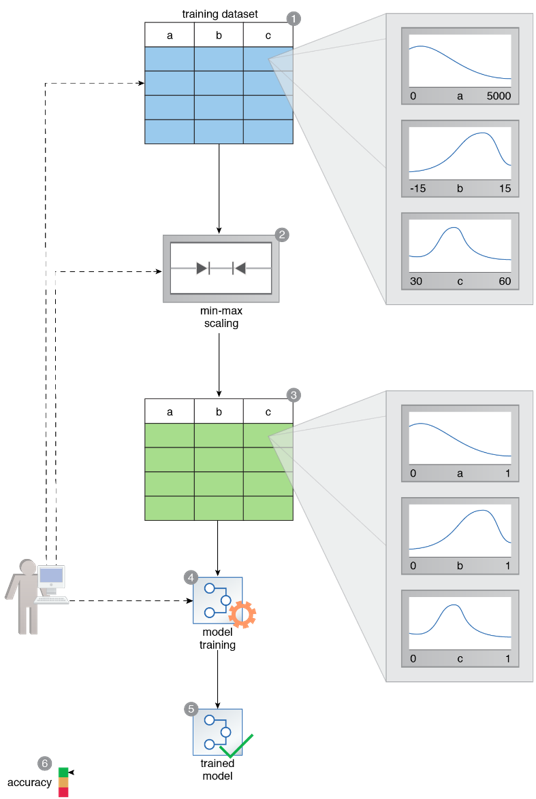