Figure 1 – Examples of common IT resources and their corresponding symbols. 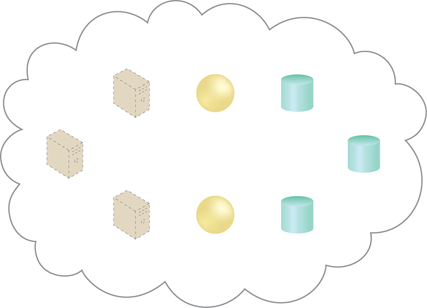 Technology architectures and various interaction scenarios involving IT resources are illustrated in diagrams like the one shown in Figure 2. It is important to note the following points when studying and working with these diagrams:

Furthermore, some diagrams will display IT resources outside of the cloud symbol. This convention is used to indicate IT resources that are not cloud-based.

The virtual server IT resource displayed in Figure 1 is further discussed. Physical servers are sometimes referred to as physical hosts (or just hosts) in reference to the fact that they are responsible for hosting virtual servers.