How can it be ensured that a dataset with a wide range of features can be trained in a reasonable time period?

Features whose values exist over a wide scale negatively impact the loss reduction process of neural networks, resulting in longer training times and excessive use of processing resources.

All numerical features in a dataset are brought within the same scale such that the values are either between 0 and 1 or between -1 and +1.

Statistical techniques, such as min-max scaling, mean normalization and z-score standardization, are applied that convert the feature values in such a way that the values always exist within a known set of upper and lower bounds. 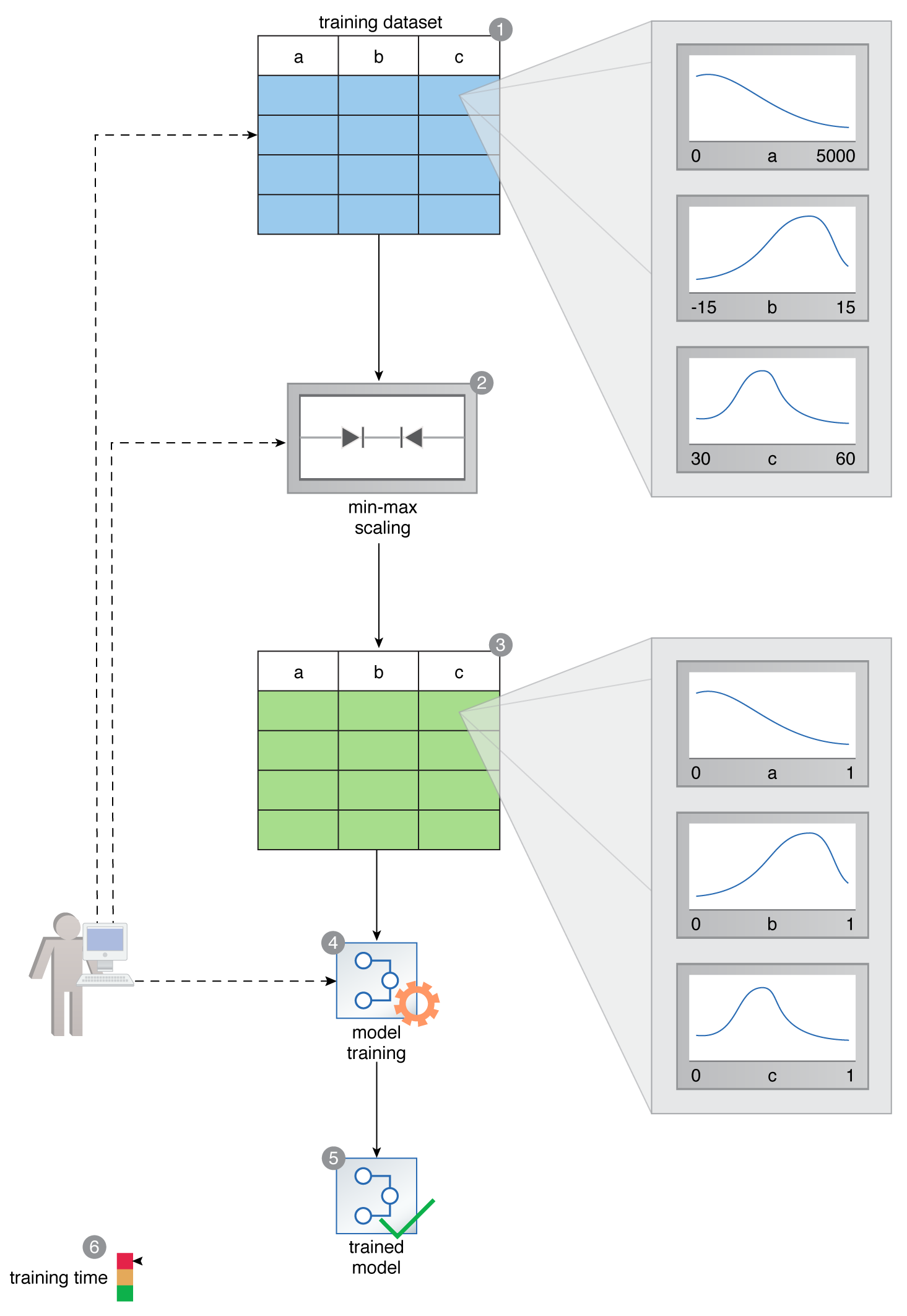