How can the dimensionality of a dataset be reduced so that the reduced feature space does not lose its intrinsic characteristics?

The use of a dataset comprised of a multi-dimensional feature space for neural network training and subsequent prediction not only requires excessive processing and memory resources, but also takes a long time.

The input dataset is compressed into a smaller dataset through the use of an AutoEncoder neural network. 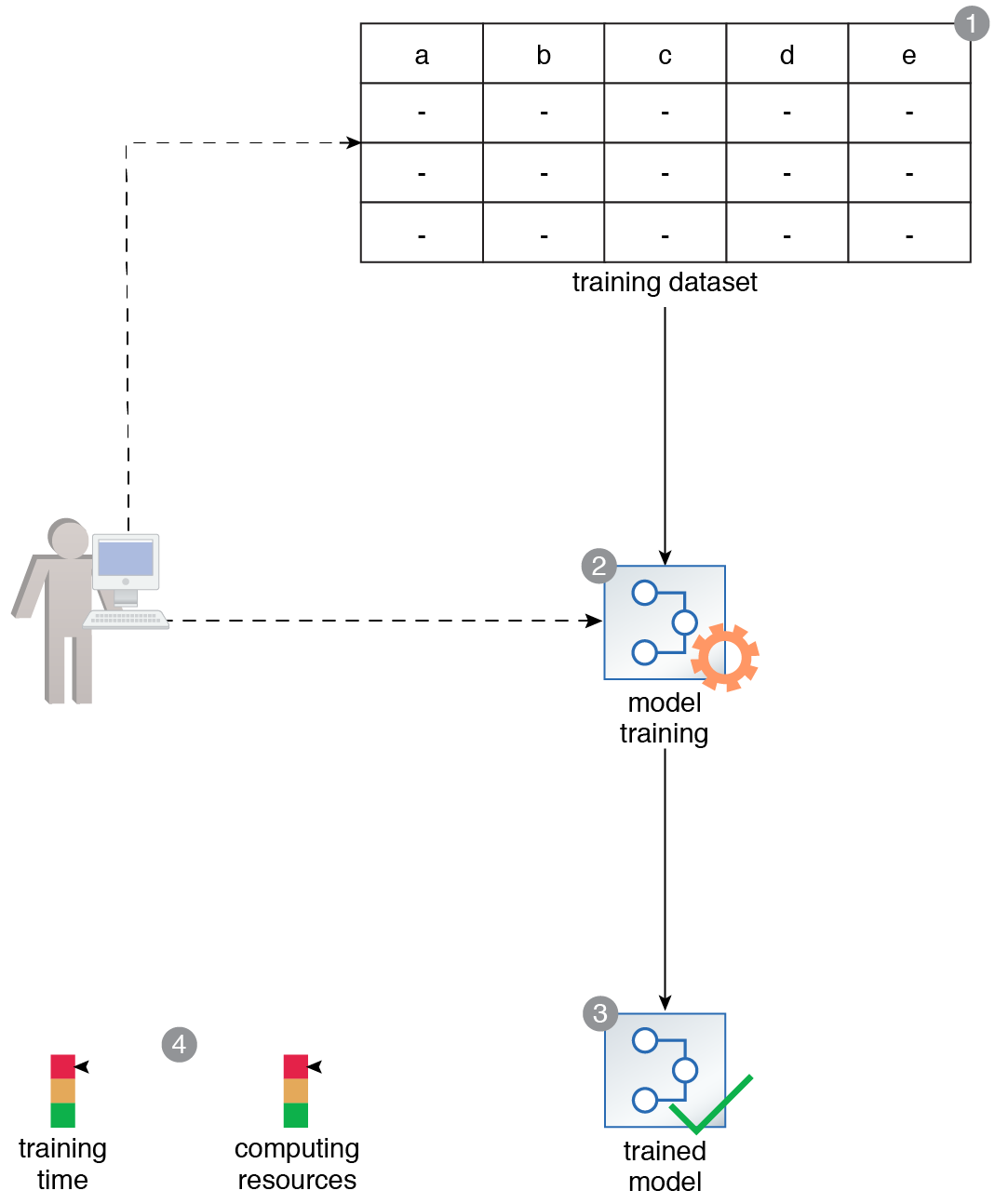 A data scientist prepares a dataset comprised of a large number of features (1). The dataset is then used to train a neural network (2, 3). The resulting network takes longer to train and carry out predictions, and requires increased computing resources and memory (4).