A router is a device that is connected to multiple networks through which it forwards packets. Even when successive packets are part of the same data ﬂ ow, routers process and forward each packet individually while maintaining the network topology information that locates the next node on the communication path between the source and destination nodes. Routers manage network trafﬁc and gauge the most efﬁcient hop for packet delivery, since they are privy to both the packet source and packet destination.

The basic mechanics of internetworking are illustrated in Figure 1, in which a message is coalesced from an incoming group of disordered packets. The depicted router receives and forwards packets from multiple data ﬂows.

The communication path that connects a cloud consumer with its cloud provider may involve multiple ISP networks. The Internet’s mesh structure connects Internet hosts (endpoint systems) using multiple alternative network routes that are determined at runtime. Communication can therefore be sustained even during simultaneous network failures, although using multiple network paths can cause routing ﬂ uctuations and latency. 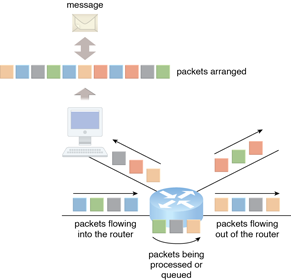 Figure 1 – Packets traveling through the Internet are directed by a router that arranges them into a message.

This applies to ISPs that implement the Internet’s internetworking layer and interact with other network technologies, as follows:

IP packets are transmitted through underlying physical networks that connect adjacent nodes, such as Ethernet, ATM network, and the 3G mobile HSDPA. Physical networks comprise a data link layer that controls data transfer between neighboring nodes, and a physical layer that transmits data bits through both wired and wireless media.

Transport layer protocols, such as the Transmission Control Protocol (TCP) and User Datagram Protocol (UDP), use the IP to provide standardized, end-to-end communication support that facilitates the navigation of data packets across the Internet.

Protocols such as HTTP, SMTP for e-mail, BitTorrent for P2P, and SIP for IP telephony use transport layer protocols to standardize and enable speciﬁc data packet transferring methods over the Internet. Many other protocols also fulﬁll application-centric requirements and use either TCP/IP or UDP as their primary method of data transferring across the Internet and LANs.

Figure 1 presents the Internet Reference Model and the protocol stack. 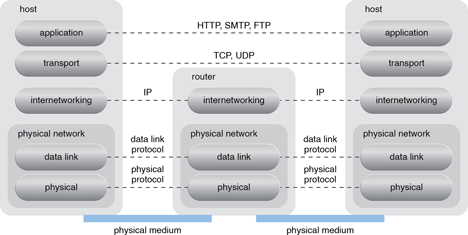 Figure 2 – A generic view of the Internet reference model and protocol stack.