A cloud refers to a distinct IT environment that is designed for the purpose of remotely provisioning scalable and measured IT resources. The term originated as a metaphor for the Internet which is, in essence, a network of networks providing remote access to a set of decentralized IT resources. Prior to cloud computing becoming its own formalized IT industry segment, the symbol of a cloud was commonly used to represent the Internet in a variety of specifications and mainstream documentation of Web-based architectures. This same symbol is now used to specifically represent the boundary of a cloud environment, as shown in Figure 1. 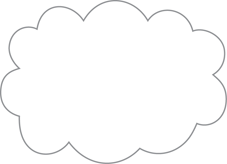 Figure 1 – The symbol used to denote the boundary of a cloud environment.

It is important to distinguish the term “cloud” and the cloud symbol from the Internet. As a specific environment used to remotely provision IT resources, a cloud has a finite boundary. There are many individual clouds that are accessible via the Internet.

Whereas the Internet provides open access to many Web-based IT resources, a cloud is typically privately owned and offers access to IT resources that is metered.

Much of the Internet is dedicated to the access of content-based IT resources published via the World Wide Web. IT resources provided by cloud environments, on the other hand, are dedicated to supplying back-end processing capabilities and user-based access to these capabilities. Another key distinction is that it is not necessary for clouds to be Web-based even if they are commonly based on Internet protocols and technologies. Protocols refer to standards and methods that allow computers to communicate with each other in a pre-defined and structured manner. A cloud can be based on the use of any protocols that allow for the remote access to its IT resources.

Diagrams in this book depict the Internet using the globe symbol.